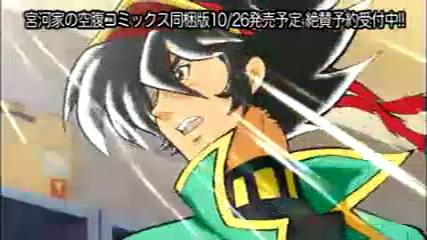 A landmark episode in more ways than one! For one, we have KARAOKE! Thanks to Steenuil for doing a phenomenal job on the typesetting and volta_john for the lyrics.

Also… What could have caught the Tenchou’s eye? Watch the episode to find out!

As a minor acquisitions update, this week, I went out of my way to purchase a Miku Tony Version figure because Hinata has one. Yes, I’m that hopeless.

END_OF_DOCUMENT_TOKEN_TO_BE_REPLACED

Yup… That’s our response to the ever-decreasing raw quality.

Do you remember why any self-respecting Otaku must buy 3 of everything?

…and here we are a week later, and we’re still at it! Not to mention, we got it out within 6 hours of the episode’s airing! Marvel at the awesome might of teamwork!

In this episode, we get to see more of the world outside their humble abode.

Have to apologize to you guys beforehand though… We’ve decided not to subtitle the songs till we get a hold of the lyrics. I want to do them justice and I’m not confident enough (nor am I able to hear clearly enough) to do a good enough job. Yay for Japanese homophones.

I blame this all on poverty!

Here it is! The official first release of Miya-k Subs! (^o^) The script has been edited, the timing re-timed and the fonts have been spruced up. Any and all other inconsistencies will be fixed in the batch release.