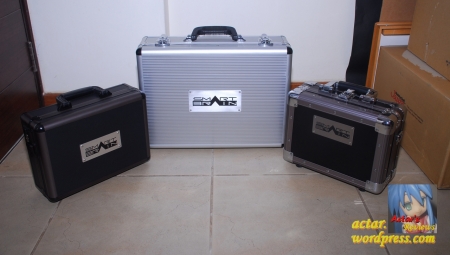 Finally… I have finally done it!!!

This is the reason I haven’t been buying much, or anything at all for that matter, these past couple of months. Awhile back, I decided that I was finally going to complete my Kamen Rider 555 Rider Gear collection. Since then, most of the extra cash that I have been saving up has been going to my Kamen Rider 555 Gear fund. And after a couple of months of hunting on auction sites, online stores and local stores, it is finally done.

I can’t begin to tell you how happy I am. Being a die-hard Kamen Rider 555 fan, this is truly the centerpiece of my Kamen Rider collection. If you were to ask me why I like this series so much, I would definitely attribute it to the dark setting and realistic characters (though the ending does have its problems). Not to mention, the movie, Paradise Lost, was simply phenomenal.

But what captivated me most from the series is undoubtedly the designs of the Rider suits and the Rider Gear. Not only do I like the technological aspect of it, I also like the fact that they are used as actual objects and tools as opposed to the traditional personal-use-only belts. The cases, a.k.a. Gear Boxes, are also awesome as they allow for an exceedingly convenient and cool way of storing them. 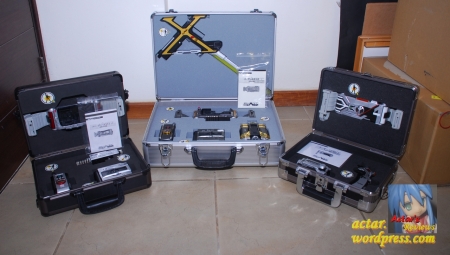 …and as you’ve doubtlessly already seen, my Gear collection does not consist of only the DX toys, but the Gear Boxes as well. These Gear Boxes aren’t toys. They are replicas of the actual cases used in the show and have been re-created to match them as closely as possible, from the instruction manuals (which contain the DX toys’ instructions) to the icon stickers to the precision-cut foam. Each of the cases also have a metal plate affixed to the front bearing the iconic Smart Brain Logo. 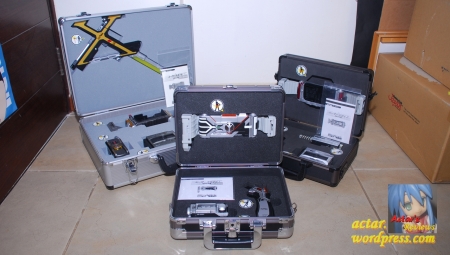 To go over the contents, we have: 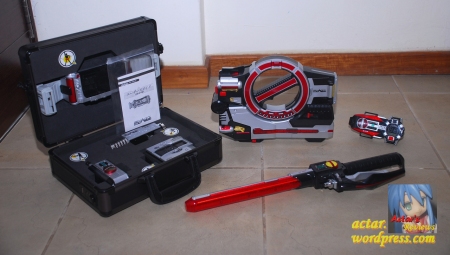 Of course, let’s not forget about Faiz’s other upgrades and accessories. To the right, we have the Faiz Edge, Faiz Blaster and Faiz Axel Watch.

So, following in the footsteps of the Cardcaptor Sakura toys, this marks another end to yet another part of my collecting life. I’m not really sure how many of my readers are Kamen Rider fans, but I do hope you enjoy these

A video showcase will be uploaded to my Youtube page sometime soon, and that will also feature the Psyga Driver and Orger Driver, both of which are not pictured.

This entry was posted on Monday, September 12th, 2011 at 9:37 am and is filed under Actar's Acquisitions, Figures, Merch and Stuff. You can follow any responses to this entry through the RSS 2.0 feed. You can leave a response, or trackback from your own site.