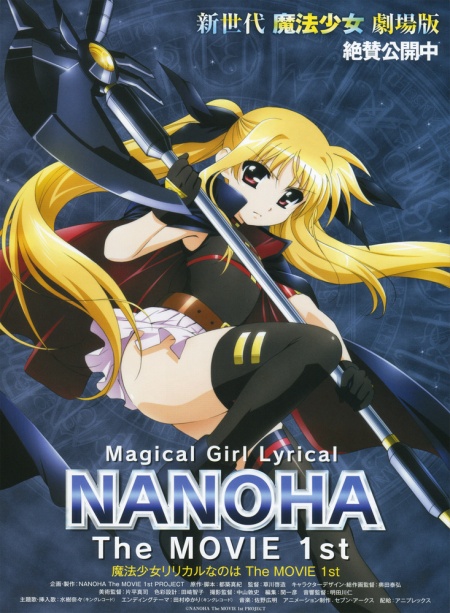 Generally, the movie did tweak a number of plot points, removed many lame and inconsistent things and explained a ton of things. For instance, you get to see Raising Heart teaching Nanoha about using Magic where it is not well explained in the original. Stuff like this, I think, would really help benefit new comers to the series as well as give new insights to older fans.

Now, for a more detailed elaboration on what I liked and disliked. I haven’t seen the movie in awhile, so I’m just basing this on memory and the few points that I jotted down before I did the video review on the BD set.

First off, action scenes and overall animation. What can I say? It’s Nanoha on a movie budget. One of the strong points of the original series were the action scenes and for the movie, the dial was turned all the way up past maximum. Fluid, gorgeous animation that perfectly captured the intensity and grandness of its scale. 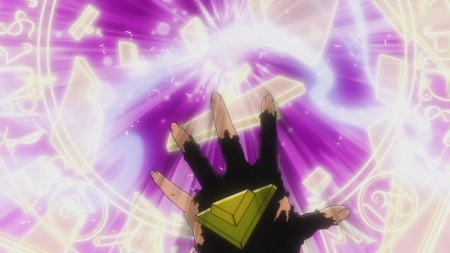 Just take for example Nanoha’s Starlight Breaker. We have so much added detail to the scene with the buildings getting destroyed and Fate’s shields getting blown away. Speaking of the animation, something that I loved is all the little additional touches here and there that added a level of intricacy and splendor to the movie. 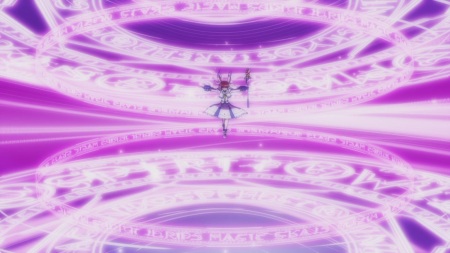 This can be most clearly seen in Nanoha’s first transformation scene with all the magic circles and ribbons. It’s just beautiful.

Secondly, for a compilation movie, I think they did a splendid job in pacing it out. (Well, as best as they could anyways). While it does suffer somewhat from the ‘episodic feel’ curse that compilation movies are bound to have with the fight-plot-fight-development roller-coaster ride, it wasn’t nearly as bad I though it was going to have been. For one, it succeeded much better in this department than Evangelion 2.0 in my opinion. 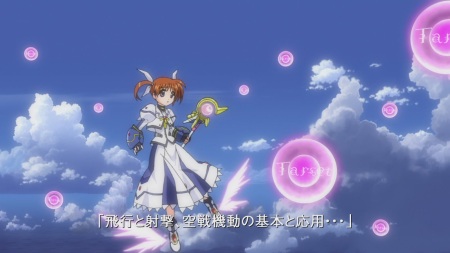 Next, the movie just explained things better. Questions like ‘How did Nanoha know how to fight?’ were addressed and answered in the movie. We get to see Raising Heart mentoring her, we see her training in class (can’t tell you how awesome that was), etc… Speaking of the intelligent devices, I was blown away by the sheer fact their English, for the most part, was perfect! I mean, they actually hired someone competent to write the English dialogue this time round. (Kinda miss the “I can be shot” though ^.^;) 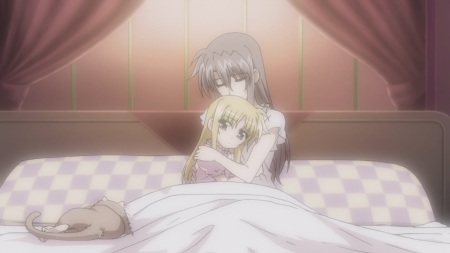 Included with this point is of course, Fate’s backstory. Fleetingly mentioned in the original but fully fleshed out in the movie, we get to see more of Fate and more importantly, the anguish that her mother had to go thorough and her change into the heartless(?) person that she is. 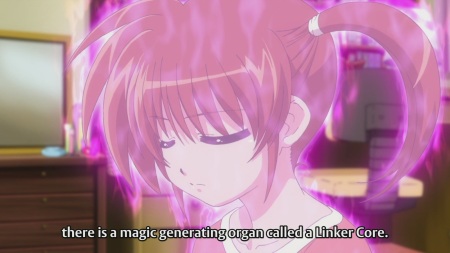 Something that I picked up on was the fact that they introduced the concept of Linker Cores in the movie, in obvious preparation for the second movie. Nice touch as this way, it won’t be as much of a ‘suddenly introduced concept’ (I’m looking at you Limiters) like it was in the original second season. 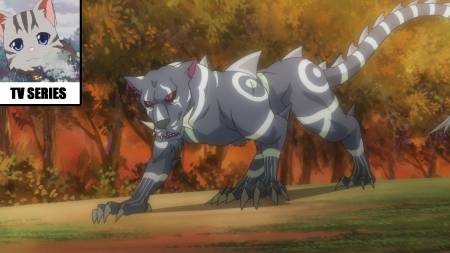 The thing that I think that the movie improved most on the original series was the fact that they removed all the lame and corny parts. As I stated in the video review, the original Nanoha series lacked focus. That’s it, focus. At the beginning, you could tell it was struggling to decide if it wanted to be a mainstream kid’s show (i.e. Precure/Sailormoon) or a one that targeted a more niche audience (i.e. Otaku). For the movie, it knew who its audience was. As an example, the cat from one of the earlier episodes in the original series was changed to a kick ass panther monster thingy.

Other than that, they took out a ton of unnecessary stuff as well. In the movie, it takes only 9 minutes for Nanoha to reach achieve her first transformation while it took an entire episode in the original. All this while still managing to feel not-rushed.

Finally, just some more little things that I liked about the movie. As traditional of the Nanoha series, we only have one henshin scene, unlike other more conventional magical girl shows and if you noticed, we got to see their de-henshin as well, which is something that they, more often than not, neglect to show. 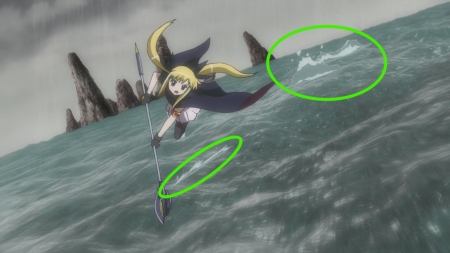 As great as the animation was, the one thing that irked me was the use of CG. For me, I’m one who believes that 2D is somewhat superior to CG and CG graphics should only be used if they know how to use it correctly. CG in inexperienced hands will yield disastrous results. In this case, that damn 3D water when they were fighting over the ocean. I mean come on, that was horrendous, especially when they had the regular 2D characters of Fate and Nanoha flying above it. Why in the world couldn’t it have been drawn traditionally like the other 99% of the scenes with the water in it I have no idea. 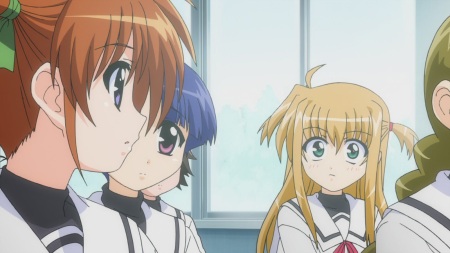 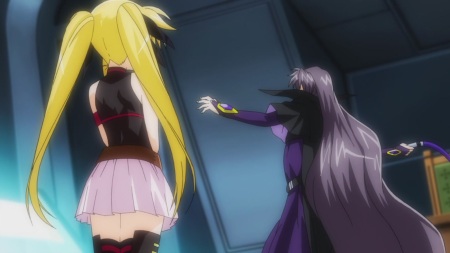 …and this might sound kind of sick, but I wished that they could have kept that scene of Precia whipping Fate. I understand that it’s a movie for a general “family” audience (even though I highly doubt that any children or families watched the movie) and that such ‘controversial’ scenes had to be left on the cutting room floor. But still, I think that that scene was a very, very powerful emotional moment that showed how evil Precia was or how little she though of Fate (treating her like a mere animal or object).

My last nitpick? Raising Heart showed way, way, way too much emotion for my liking. Sure she’s an intelligent device, sure she’s an AI. However, in the end, you are supposed to be dealing with a tool, a weapon, a computer. The fact that Raising Heart showed so much emotion really took away from the coolness factor for me. I don’t know, but I think that the more mechanical, more stoic voice would have been much better. Not sure if you watch Kamen Rider, but that’s one of the reasons as to why I’m in love with most of the voices that come out of the belts, especially those of Faiz, Decade and Kabuto.

So, that’s pretty much my thoughts, praises and nitpicks of the movie. Would really love to hear your own take on the movie and whether you agree or disagree with me. (^o^)

This entry was posted on Tuesday, May 10th, 2011 at 2:19 pm and is filed under Anime, Movie Reviews. You can follow any responses to this entry through the RSS 2.0 feed. You can leave a response, or trackback from your own site.