(Anime) Super Powers and What You Would Do With Them 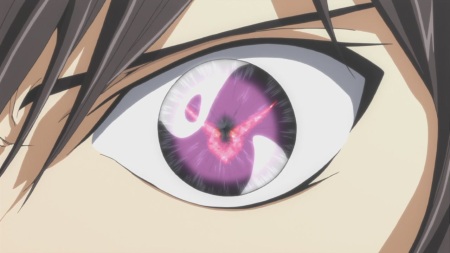 After watching the latest episode of Madoka, I was reminded of a set of questions that I was confronted with by RadiantDreamer awhile back.

Look deep inside you. If nothing can stop you from doing what you want to do, would you do it? What would you do? Would you be more inclined to cause crimes if you were unstoppable? Are social moral chains holding you back from doing whatever you want? Are you not going out to commit crimes because you know you’ll get caught? Or because you actually are a good person at heart?

The question is actually a follow up one to “Anime super powers you wished you had” So, here’s my answer which responds to both questions.

First off, when dealing with the question, how would one go about defining pain? Would pain mean physical pain (death/injury) or would emotional pain (loss of property, dignity, etc…) count as well?

Most of the time, our actions are restricted by our fear of having to live with the consequences, be it knowing that someone could get hurt, getting thrown in jail, causing a destabilization to society, etc… Knowing this, I would like to structure my response based on the options that I have.

My ideal choice of powers:

– Time Manipulation (Only stopping time required, but going backwards in time is appreciated)
– Invisibility
– Teleportation (Need not be a limited to places I physically visited before)
– Mind Control
– Mind Reading
– Morphing (Able to change appearance of self into anyone or anything, be it animal, object or element)
– Reality Manipulation (Ability to create matter and change the physical forms of objects)

These would allow me to control/alter/manipulate things that go on behind the scenes without notice. Would I use these powers selfishly for my own enjoyment and pleasure at the expense of others? Definitely.

Why? Because having these powers would mean that it would be exceedingly easy for me to avoid any consequences that directly or indirectly result from my actions. Robbing others, exploiting others, embarrassing others, for purposes of obtaining material wealth, to get revenge or even act out my own most perverted fantasies. To avoid any consequences, I could jump back in time, teleport away, erase memories, change identity, so on and so forth.

Not only that, notice that the ‘pain’ that I would cause others is only on a smaller scale which is practically trivial compared to the physical pain that is caused by wanton destruction and murder. For me, I don’t want my current lifestyle to change in the slightest as I am exceedingly contented with the way things are and I wouldn’t want to rock the boat too much.

BUT!!! If I had chosen a more destructive and violent super power like Super Strength and Fire Manipulation, which, when used selfishly, more often than not would cause harm to others in a very flamboyant way like mass destruction, blatant murder, rampaging through cities, etc… I would not use these powers for anything evil. Again, it boils down to consequences. I do not want to have someone’s death on my conscience. Not to mention, the grievous consequences that this would entail include aggressive resistance, mass panic and chaos which is also too much for me to handle.

So in conclusion, given the chance, would I cause pain to others? Definitely. But only I’m sure that there will not be any consequences and that the pain caused is relatively minor and contained.

Now, why didn’t I mention anything about using my powers for good? See X-Men.

So, how about you guys? What Anime super powers would you like to have and what would you do with them?

This entry was posted on Wednesday, March 16th, 2011 at 8:31 pm and is filed under Anime, Articles. You can follow any responses to this entry through the RSS 2.0 feed. You can leave a response, or trackback from your own site.