Baka to Test to Shoukanjuu is undoubtedly one one of the better comedies these past few seasons, along with Mitsudomoe. …and finally, after a couple of months, we are finally greeted with a stunning figure of one of the two main female protagonists, Himeji Mizuki, produced by Chara-Ani.

Other than being a terrific comedy, Baka Test is also one of the few shows that succeeds in making me like both female protagonists, which is not an easy thing to do considering their contrasting and conflicting personalities. 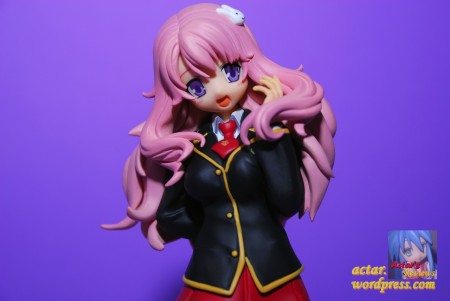 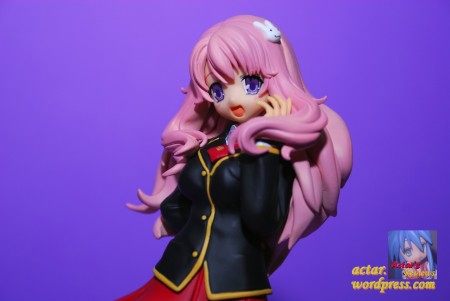 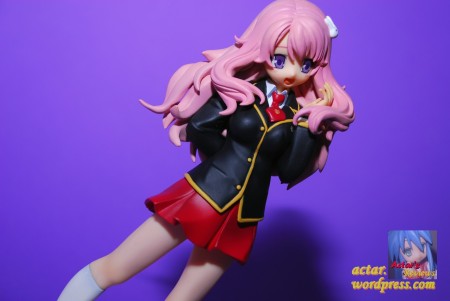 Chara-Ani’s Mizuki is definitely one of their better efforts. It’s a great representation of her as it is able to capture her character pretty well in this charming yet simplistic pose. Not to mention, the sculpting and painted details are executed perfectly as well.

As a bonus, we also get a mini-figure of Mizuki’s summoned beast as well! The figure has limited poseability, the only movable part being the head. 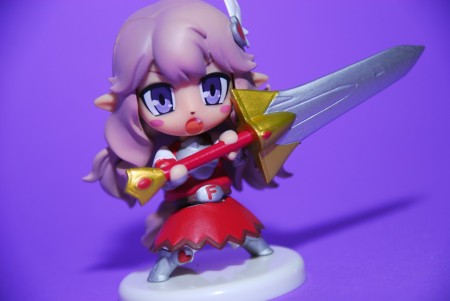 A nice touch is that her sword is removable.

The only complaint that I have is with regards to the base. As with previous Chara-Ani figures, the figure is screwed to the base. Not only that, the base is exceedingly plain, completely devoid of any uniqueness. For those who have seen my previous review of the Yomi figure by Chara-Ani, it’s the same base, just molded in white plastic.

But overall, an excellent representation of Mizuki and the best figure of her released by far. Highly recommended for all Baka Test fans. Can’t wait to receive Minami later on this month! (^.^)

This entry was posted on Sunday, November 7th, 2010 at 8:12 pm and is filed under Figure Photo Reviews, Figures, Merch and Stuff. You can follow any responses to this entry through the RSS 2.0 feed. You can leave a response, or trackback from your own site.