Definitely a prime candidate for my current top favorite Figma figure, Wonderfest Exclusive Manabe Nodoka delivers so much more than I had originally expected.

She was supposed to make her debut in my upcoming loot post, but I was so excited for Nodoka that I couldn’t resist playing with her, posing her and snapping a couple of photos.

Being one of the characters I paid little attention in the first season, I am really stunned as to how much her character and character design has grown on me. 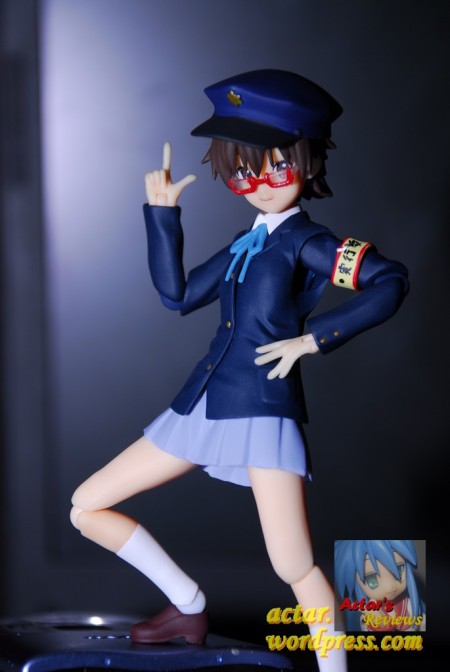 Really, just look at that pair of red glasses. Look at that hat. Now look at both of them again. I’m going to be extremely frank here, Nodoka is so cute and hot at the same time. I would say that the most alluring thing about Nodoka’s design would be her cherry red glasses.

Interestingly enough, I do believe that Nodoka comes with 2 of unique exchangeable hands for the K-On! Figmas. One of them is her ‘gun’ hand, as I would like to call it. Pretty fitting as while I know she’s supposed to be the supervisor/monitor, I always like to think of her as a police officer. 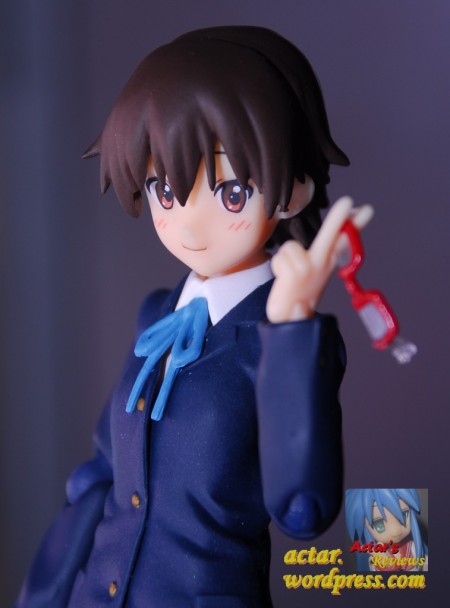 Oh, did I mention that her glasses are removable? GAH!!! Look at this picture! Nodoka Moe~

While not mentioned anywhere in the official pictures, one of the special features (yes, it’s a feature, I didn’t break her) is that her glasses are removable, revealing a very, very, adorable pair of eyes that are usually hidden away. If I’m not mistaken, she is the first Figma to come with that feature and gains SERIOUS bonus points for that. It seems that the guys over at GSC also recognized Nodoka’s glasses as something special and decided to put in that added effort. Brilliant, simply brilliant. 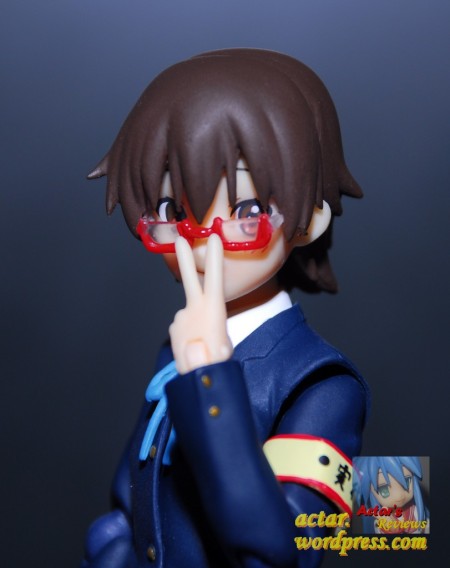 Her other special exchangeable hand is this V hand that not only allows you to hold up a ‘V’ sign, but also allows you to pose her adjusting her glasses.

So there we have it. Not really a full-on review as I’m going to be doing a video review of Nodoka very soon. Basically, if you don’t already own her, you might need to seriously consider setting aside a few bucks to get her.

This entry was posted on Monday, August 30th, 2010 at 6:25 pm and is filed under Figure Photo Reviews, Figures, Merch and Stuff. You can follow any responses to this entry through the RSS 2.0 feed. You can leave a response, or trackback from your own site.