my whole darn wallet dry. Seriously. I did plan to budget only 20,000 yen for the convention, but once I was at the industry section, BAM! All bets were off. 40,000 yen down the drain.

While I’ll be blogging on the actual experience later (or just upload all my photos), I have to say that the experience is unlike any other. Imagine being at the very place and convention that has been featured in countless Anime and manga ranging from Lucky Star to Genshiken to NHK Ni Yokoso!… Words really couldn’t describe it. The number of people there were staggering! But strangely enough, I didn’t have a hard time moving through the crowd, but that’s probably because I went at about 12.30 in the afternoon…… 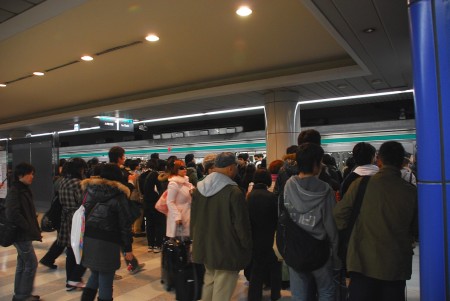 You’ll know when you are at the right station when the number of people at the platform jumps from 3 to 5000. 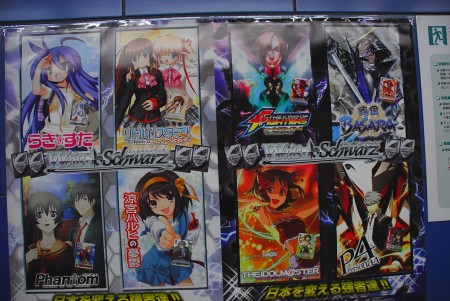 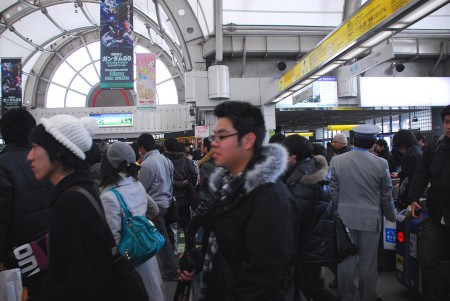 The same things could be said about the station itself.

Today, I went to the legendary Comiket, an event that is deemed to be a rite of passage and a must visit for anyone who wants to call him/herself an Anime/Manga fan.

Took a walk around the whole Industry Section that had Animation companies, Game makers, Television Stations and Anime/Manga stores.

Although I’m dead tired, I’m made this video to give you guys a little preview of the ‘Actar in Tokyo’ series of ARTs that will be coming soon. Will be going again tomorrow to hit the Doujin circles, though I’m pretty much broke after spending more than 40,000 yen today… (^.^;)

That Fate and Nanoha Plushie is so CUTE!!! I need them. Sadly, that chain was preventing me from breaking the glass. Darn Kryptonite.

There were also these figmas and figures that were displayed elsewhere in the hall, though I can’t remember where or what they are: 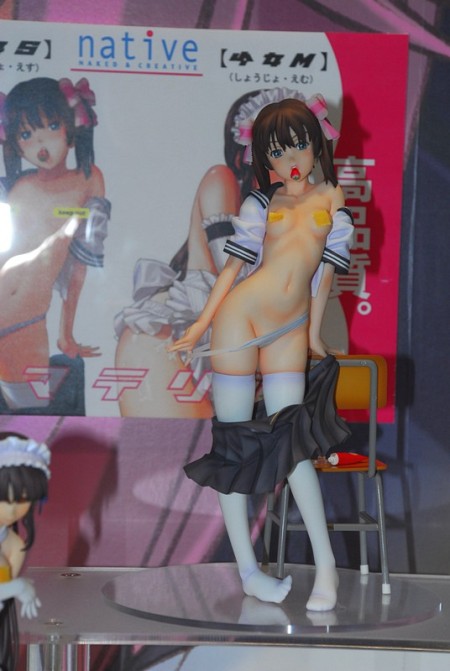 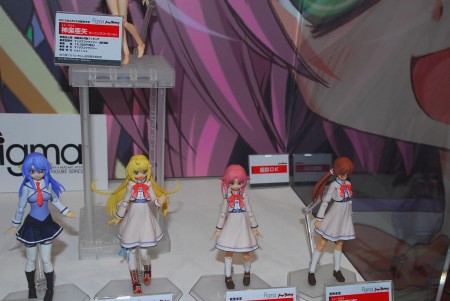 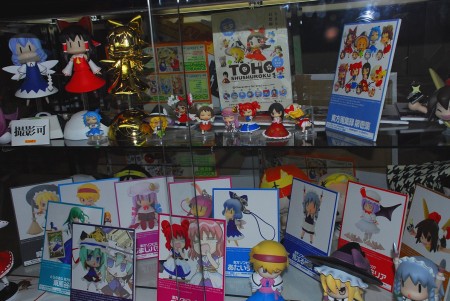 Here’s my takings during this legendary event, and boy did I get a shit ton of stuff. Here it is. Unfortunately, the loot bench wasn’t able to fit everything, so had to lay out everything on the bed: 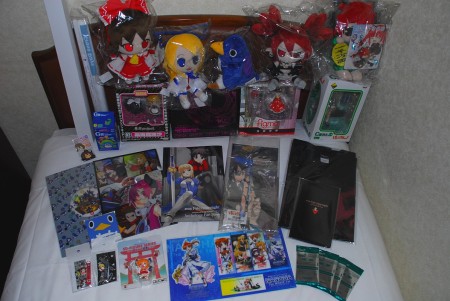 Nanoha The Movie First Book Mark Collection (It includes a ticket I think, now I got 2…)

Mio package including a bag, strap, poster and a number of other things
Kotonoha Crazy Chibi Murderer Wall Scroll (from Cross Days) 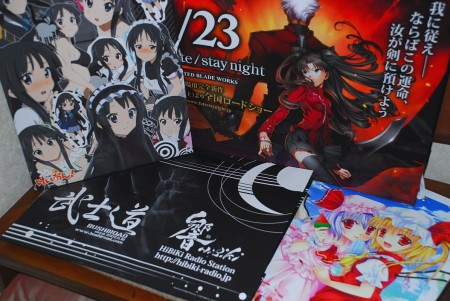 Some bags like the Sekirei and So Ra Wo O To ones I had no idea where to get. 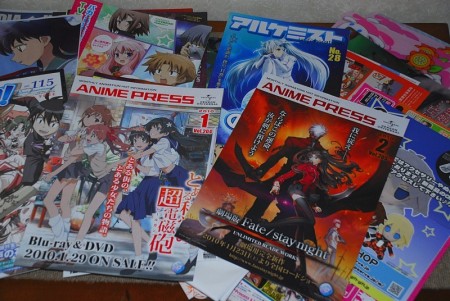 …and of course, brochures and pamphlets galore!!! Since they were free, I just grabbed them all.

That’s all for loot, but let me just say that I was STUPID not to attend the first day. Evidently, they don’t re-stock LE items each day. The two things that I wanted the most, namely a Nanoha/Fate Dakimakura and a Mikoto Dakimakura were GONE. GONE. GONE. Geh…

Thankfully, while I did originally plan to go on the third day only, I was so worried, that I headed down to Tokyo Big Sight at around 12 noon. Of course, I only did go to the industry sections. Will visit the circles and cosplay pavilion tomorrow. Though I’m not sure if I’ll be able to buy any doujinshi… Have just barely enough left to afford the YF-21 that I so want…

The industry section won’t have anything new to offer right?

Took a ton of pics, but I am way too tired to post them all or even organize them. Besides, my watermark program is in my other computer at home. Will upload all the hundreds of pics up by next week! (^o^)

Will be going again tomorrow at about 9 or 10…

@ Ubi: Where can I get the ZUN figure? Didn’t see it anywhere…

This entry was posted on Wednesday, December 30th, 2009 at 2:10 pm and is filed under Actar in Japan, Actar's Acquisitions, Actar's Life, Events, Figures, Merch and Stuff. You can follow any responses to this entry through the RSS 2.0 feed. You can leave a response, or trackback from your own site.