That's not me in the picture. Seriously.

Hey guys, typing this from my hotel in Shinagawa at 12am Japan Time. It’s the Grand Prince Takanawa and it has a gorgeous and pristine Japanese Garden just outside! Perfectly compliments the chilly air that can dip to a bone-numbing -2 degrees Celsius. 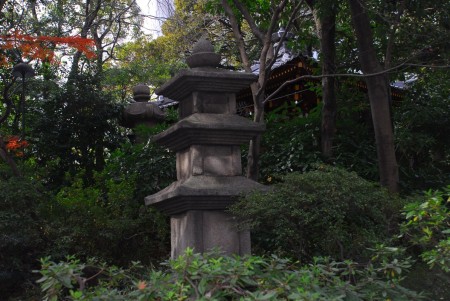 I didn’t take as many photos as I did video clips today as I’ll be chronicling this trip in a series of ART (Actar’s Road Trip) episodes after I return home. I hit Akihabara as soon as I landed and am exceedingly exhausted. Nearly died from exhaustion by 5pm as I literally didn’t get any sleep on the plane ride from 11pm – 7am.

First of all, let me say that everyone here in Japan is AWESOME. Their service was impeccable and everyone was exceedingly polite! Thanks to the hours and hours of watching Anime, I can converse in simple Japanese, easy enough to get around with little problem. Thanks to all the wonderful airport staff, train attendants, station masters and especially the passes by who even stopped to help us lug our luggage up the steep hill that our hotel is located on. (Think Kyon and his hike to school but 10 times worse.)

Back on topic, the first thing that I NEEDED to do was to visit the mecca of all things Otaku (Suck it OEG), Anime, Manga, Doujin, Games and Figures, Akihabara. 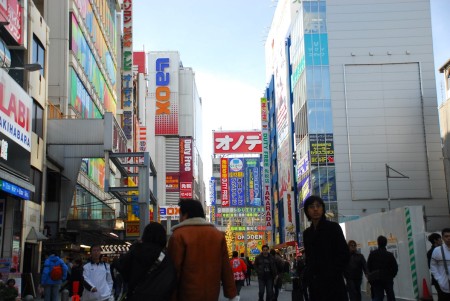 To see the iconic scene of the Akiba Buildings staring me straight in my face was a surreal experience. It was a dream. It had to be. But the coldness eating away at my bones had something to say about my deluded state.

Despite the coldness, there was a simply scintillating cosplayer in a Sheryl Nome outfit! Hat’s off to her! I’m all bundled up and I’m freezing! Yup, this isn’t madness. THIS. IS. AKIHABARA!!! 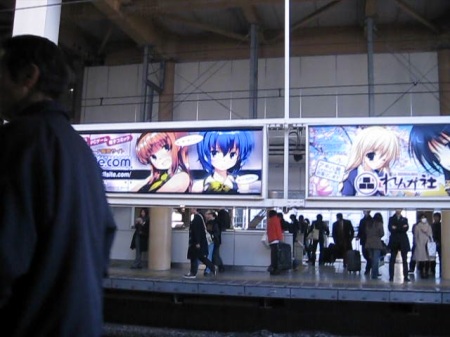 I mean, the Anime influence was even present in the Akihabara station!

Not to mention the Ita-Cars. Macross is sure popular…

First off, the stores. Animate, Gamers and Toranoana. 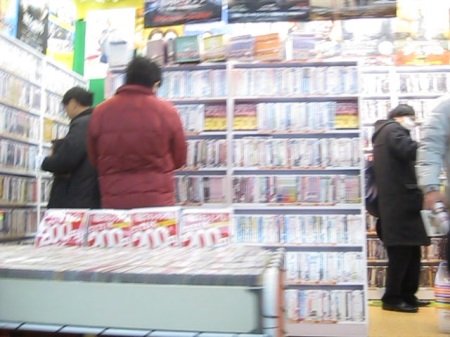 Let me state that I saw a TON of Manga, CDs, DVDs and Artbooks at each store. A shit TON. The thing is, even with the pile of Otaku goodies screaming ‘BUY ME!!!’, I had to deny their request for release from the confines of the stores as honestly, I don’t see any practical use in buying these items. While it would be indeed nice to own these merchandise, considering the fact that they are all in Japanese and that I can’t read a word of Japanese, buying these things would be literally a waste of money… Better spend my cash on figures and Ero Doujin that can transcend the language barrier.

Each of these stores were more like buildings. They each had at least 6 – 8 floors of Otaku goodies. To be completely honest, being extremely exhaused, I didn’t manage to explore everything to the fullest. Seeing just Manga as the lift doors opened was enough for me to skip the floor entirely… However, the figure sections were something that I could not afford to miss out on.

Imagine. A whole shelf of Figmas as far as the eye could see. 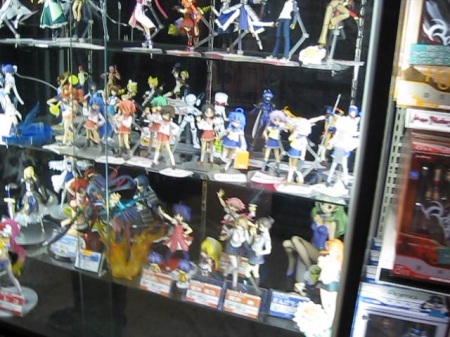 Display case after display case featuring every Figma and Nendoroid in alluring and stunning poses… ARGH!!! I exploded. I fan-gasmed. 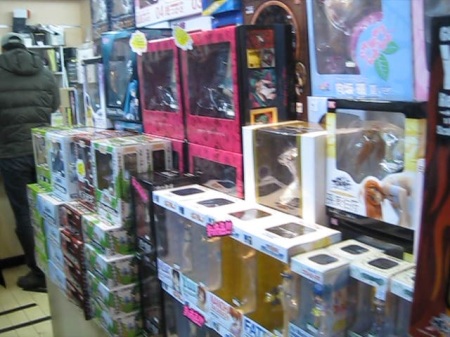 What’s worse, at the Kotobukiya store, I was greeted by literal WALLS and WALLS of figures, old and new and again, display cases featuring nearly every Kotobukiya product in existancce. 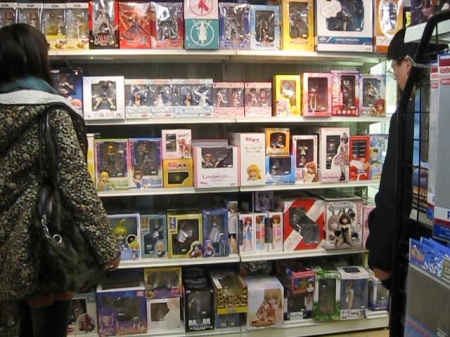 So many things I wanted to get, like the Sora Kake Shoujo one and the 1/4 Lucky Star figures and ALL the Figmas that I missed, but had to resist. I was on a budget. It was so terrible, it hurt. But perhaps it was just my back giving way. Even saw my dream Yuki Dolfie Dream (get it? Dream Dolfie Dream?) for 45,000 yen…

In the end, me and my family decided to cut our trip short before paying a visit to K-Books, the Revoltech store and the Volks store, and head﻿ed back to the hotel as we couldn’t hardly stay awake any longer. Our visit to the Tokyo Tower and the Tokyo Anime Center had to be postponed… But tomorrow’s the planned trip to Shinjiku and Nanako Broadway… Need to squeeze in an Akihabara trip.

So anyways, here’s what I bought today:

I am simply ecstatic that the Cosplay Replica of Nanoha’s Raising Heart was available at Animate! It was something that I dreamed of getting for ages and having it in my hands is just amazing. While the loot is great, it’s not EPIC. I do indeed need an EPIC loot, but already, I spent more than 20,000 yen today. How that happened, I don’t know… Urgh,﻿ I still want to get the RAH Asuka and Rei, Azone Yui, Yamato’s YF-19 and YF-21. The thing is, as said previously, I have to save the rest of the cash for the rest of the trip. Still going to Nanako Broadway, Ikebukro, etc… Want those Fate/Stay Night charms as well…

Oh, in terms of food, I had GENUINE Takoyaki, Onigiri, Ramen and Dango. Still can’t wait to try Sushi, Taiyaki and of course, CHOCO CORNETS and MELONPAN!!!

Well, I’m about to collapse even after an hour’s nap. Will be going back to Akihabara and taking more pictures since I have most of the video footage I want. Will also replace the pics with watermarked ones after I return home as I don’t have my watermark program here.

Last but not least, a much more detailed review will again be in the upcoming series of ARTs,

This is impossibile. I learnt that after wasting 2000 yen.

such as the crane games I played, Pachinko parlors and @ Home Cafe which took hours to find and was crowed. Did I mention that a group of SEIYUUS made a special appearance at Animate just as I walked past? Was too flustered to know who they were. They didn’t speak, hence they were completely unrecognizable. Will find out who they are tomorrow. (^.^;)

This entry was posted on Sunday, December 27th, 2009 at 3:30 pm and is filed under Actar in Japan, Actar's Acquisitions, Actar's Life, Figures, Merch and Stuff. You can follow any responses to this entry through the RSS 2.0 feed. You can leave a response, or trackback from your own site.

16 Responses to Actar in Tokyo – Day 1: Aches and Akihabara