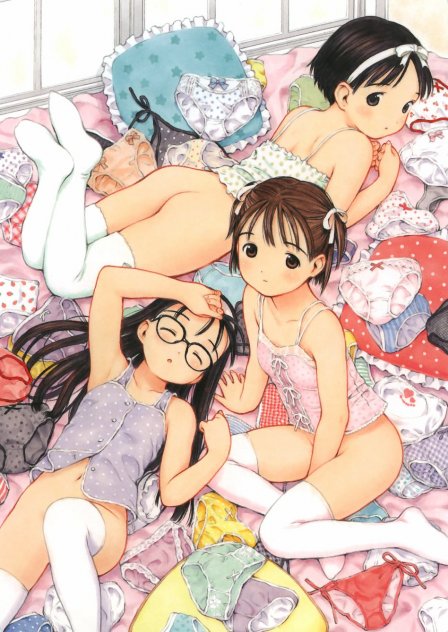 Posted this short article I wrote in response to the recent increase of silly moves to ban loli manga and anime on DC.com. I feel that my views should be aired on my blog as well, so, here goes!

Let’s take a closer look at loli and why there’s such a big fuss over it.

What is wrong with loli?

Based on the opinions of many, a loli is defined as someone (mostly girls) who looks like a child / preteen or simply below legal age.

What will you do?

Loli Anime or Manga (with sexual content) may disgust some and even when the age of the character is stated as 18, people still scoff. But wait! Why can’t an 18 year old look like a child? I am sure that there are many cases of people who look far too young for their age in the real world as well. 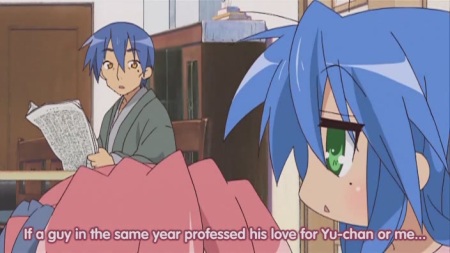 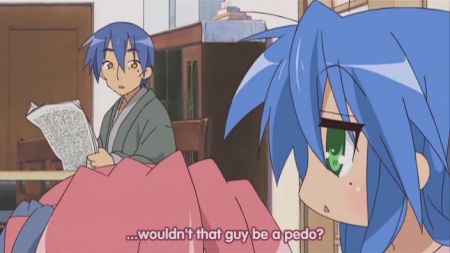 Take Konata’s argument for example. She stated in episode 22 of Lucky Star (12 minutes in) that if she was of legal age, but looked short. If a guy her age loved/liked her, would he be considered a lolicon? Therefore, we cannot really judge a loli by appearances. I am sure that in certain cases, this can be considered as discrimination.

Check out the pic above. All the characters pictured are 17/18.

On average, Asians look far younger that Westerners. Many American teens could in turn pass off as an adult in Singapore, Japan. Many have been known to take advantage of this to buy Alcohol and Cigarettes here.

Some other factors to consider when judging loli:

What about those loli that are stated/depicted to be actual children. Well, read on. 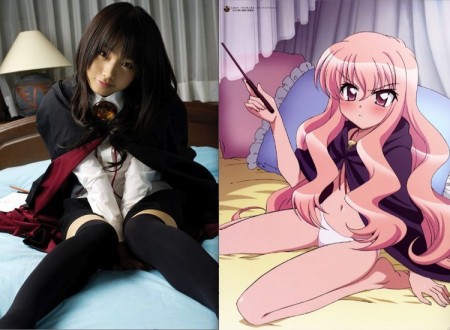 If you could only pick one...

Some protest that such material will influence adults to become real-world pedophiles. Where is the proof? There has been an article (which I lost the link to) that says that Japanese sexual culture is much better than Western sexual culture as 2D is popular in Japan. It is highly unlikely that a fan of 2D lolicon would be converted into a 3D pedophile. There is a a huge difference between the two as many Anime/loli fans would point out.

Even if loli Manga and Anime does indeed depict actual children. They are just drawings. These drawings are harmless. Arresting someone for possessing loli manga without them doing or committing any wrong is just, well, unjustified.

Everyone is entitled to their own opinions. But if something offends or disgusts you due to your religion or beliefs, just avoid it! You don’t have to rob others of their freedom, nor do you have to spread or convince others of your ideals. Each individual has their own unique fetish.

(Needless to say, real world Child Pornography is just plain wrong, no matter how you spin it.)

This entry was posted on Sunday, November 30th, 2008 at 8:25 pm and is filed under Anime, Articles. You can follow any responses to this entry through the RSS 2.0 feed. You can leave a response, or trackback from your own site.

34 Responses to Age, Look and Loli